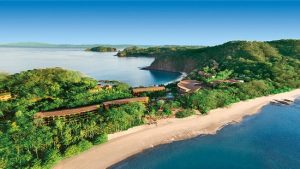 Costa Rica’s Gulf of Papagayo has enjoyed a swift rise in popularity in the last few years and is now considered the poster-child not only for luxury wilderness travel, but for sustainable tourism of the highest order. This wonderful hybrid of travel experiences is something for which the country is renowned and given the sheer wilderness of this special region, it certainly makes for an unrivaled combination. A major highlight of the Gulf is its namesake Papagayo Peninsula, home to just a handful of 5* resorts, world-class courses, stunning holiday villas, beach clubs and luxury yacht marinas.

Whether you wish for an indulgent stay in the peninsula resorts or prefer seeking more rustic accommodation in laid-back beach towns nearby, the Gulf of Papagayo’s stellar highlights will be right at your fingertips. This incredible corner of Costa Rica has always been ideal for adventure vacations, a place where nature reigns supreme and adventure is offered at every turn.

Where is the Gulf of Papagayo?

The Gulf of Papagayo lies on the north-westernmost Pacific coastline of Costa Rica, stretching from the Santa Teresa National Park in the north to just past Coco Beach in the south.

Merely an hour’s drive from the International Airport of Liberia, the Gulf of Papagayo is super easy to reach (you can get off your plane and be soaking up the rays on a long stretch of sparkling beach in no time!) and its ongoing but subtle development means that you’ll find everything you need for a rewarding, varied and adventure-filled Costa Rica vacation.

The Best Highlights of the Gulf of Papagayo 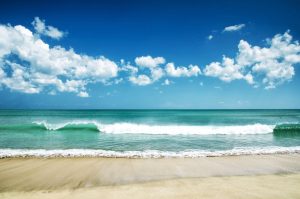 The peninsula juts out like a finger at the half-way mark of the namesake gulf and, at its tip, is where you’ll find the Four Seasons, one of Costa Rica’s most luxurious resorts. There’s an abundance of sea-based activities on offer in the peninsula, including snorkeling and diving, sport fishing, sailing, paddle boarding and surfing as well as resort-based golfing and tennis. Every resort offers active excursions to nearby national parks and, because the peninsula is protected (at least 70% must remain undeveloped) it really does offer the best in luxury and remoteness.

Beach Resort Towns – South of the Papagayo Peninsula – which boasts quite a few stunning beaches of its own accord – you’ll find several idyllic beach towns to while away a few days. Panama, Hermosa and Coco Beach are the three main resort towns, stretching from north to south. You’ll find plenty of accommodation and fabulous foodie options here, as well as a multitude of beach and seaside activities. Travel to the Gulf of Papagayo during high season (December to April) and you won’t just see tourists descending on this startling gulf: this is prime whale-watching season with northern humpbacks visiting during this time. Southern humpbacks don’t usually arrive here until July and tend to linger until the end of the year, which actually means that January-Aril is the only period where the Gulf doesn’t offer much in terms of whale-watching. Do note that there are MANY beaches all along the gulf, it’s just that services are limited so places like dreamy Playa Naranjo in the Santa Rosa National Park, are usually only visited on day-trips. Just north of Naranjo is Nancite, one of the most prolific turtle-nesting beaches in this region, which can receive upwards of 70,000 turtles during the nesting season, between July and November. 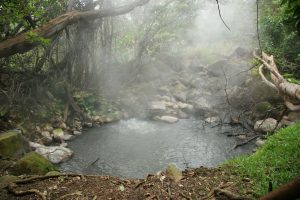 National Parks – There are several excellent national parks you can visit when you base yourself in the Gulf of Papagayo, the best being Santa Rosa (for outstanding hiking) Rincon de la Vieja (for exceptional volcano climbing) and Guanacaste National Park, one of the very best national parks in all of Costa Rica.

About the Guanacaste Province

The Gulf of Papagayo is only one of the many delights served up by the Guanacaste Province, one of the most varied in the country. On the east, the province is framed by a necklace of stunning mountains and volcanoes and, on the west, the magnificent sapphire waters of the Pacific. Endemic wildlife abounds in its national parks, as does marine life in its crystalline waters. The drmmatic and varied wilderness is a prime base for a myriad of adventure sports – from ADV riding to ziplining, white-water rafting, kayaking, horseback riding and so much more. There’s literally a ton of fun stuff to do here, which makes this province quite ideal for anyone, be it families, honeymooning couples and even solo travellers looking to join group activities. For more on this sensational province, go ahead and read our Guanacaste Guide.

Best time to visit the Gulf of Papagayo

High-tourist season in Papagayo is between mid-December and April, a period that coincides with winter in North America and the dry season in this region. Beaches, towns and resorts can get quite crowded during these months so if you’re making plans for next year, try to come just before the high-season starts (November is ideal) when the wilderness is at its most luscious, rain sporadic and highlights blissfully uncrowded.

There’s no denying that the Gulf of Papagayo is one of the most rewarding and unspoiled destinations in Costa Rica, coveted for its soft sandy shores and rugged hinterland landscapes. Given the sheer variety of adventures on offer and its proximity to Liberia airport, this makes for a stellar option if you’ve been to Costa Rica before and already visited the southern highlights or if you simply wish for an off-the-beaten-path travel experience.

Contact us, right here, if you’d love to include a stint of exceptional fun in the Gulf of Papagayo, on your next adventure vacation in Costa Rica.