Where should we begin when trying to tempt you to visit Costa Rica to enjoy some bird watching, or birding? How about if we were to tell you that you will find over 850 species of birds, of which over 650 are resident birds, and 11 are endangered species. Our favorite? Now that’s a tough one as the Scarlet Macaw is a stunning bird, but it is still just a macaw, whereas the Keel Billed Toucan is just the most incredible bird to see in the wild. Its colors are so striking you almost have to rub your eyes to make sure of what you are seeing.

A few of the most beautiful birds found in Costa Rica

As you can imagine with all the greenery and trees in Costa Rica, you don’t have to look far in any direction to see birds. However, there are one or two places in the country which are worth a special visit, including Corcovado, Savegre, Palo Verde National Park, Tortuguero, Quetzal National Park and the Sarapiqui Eco Observatory.

Specializing in adventure vacations in Costa Rica, here at Costa Rica Rios, aside from our 8-day Adventure Tour, we can create individual, bespoke adventure packages, including a Honeymoon Adventure Vacation, to concentrate on your favored activities, including birding, or birdwatching. 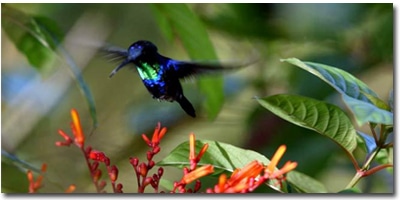 The Top 16 Must-Do Highlights of the Nicoya Peninsula

Imagine a place so beautiful, tranquil, and refreshing that it enhances the health and well-being of anyone who lives ...
Read More »

The Most Romantic Resorts for a Costa Rica Honeymoon in 2022

Insane adventures in nature and sublime luxury and romance need not be mutually exclusive. On a Costa Rica honeymoon, ...
Read More »