With so much written about the biodiversity of the cloud and rainforests of Costa Rica, it is easy to miss out on the country’s territorial waters which are teeming with sea life and which cover a greater area than the land mass. Interspersed with coral reefs, atolls, volcanic outcrops, caves and shipwrecks, both coasts of the country have great scuba diving and fantastic snorkeling sites to suit everybody.

Here at Costa Rica Rios we are so keen for you not to miss out on what lies beneath the waves that we include snorkeling as part of out 8-Day Adventure Tour, while we can include any number of days and a variety of different locations if you are looking for a more diving-oriented personalized vacation to Costa Rica.

To ensure you enjoy the best diving and snorkeling available, we have created a list of what we feel are the top 8 diving Locations in Costa Rica. First on the list is Isla Del Coco, which was described by Jacques Cousteau as “the most beautiful island in the world.” If the name Cousteau rings a bell, not only was he a renowned diver and undersea explorer, but together with Émile Gagnan he was also responsible for the development of what, in 1943, was called the ‘aqualung’. Only later was the more widely used term ‘self-contained underwater breathing apparatus’ used, and abbreviated to the acronym SCUBA.

Specializing in adventure vacations in Costa Rica, here at Costa Rica Rios, aside from our 8-day Adventure Tour and Honeymoon Adventure Package, we can create individual, bespoke adventure packages to concentrate on your favored activities, such as snorkeling and scuba diving. 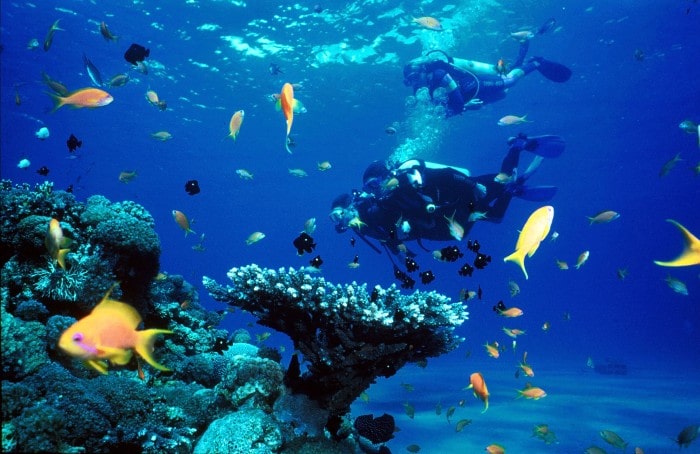 In this complete guide to visiting Arenal Volcano, you'll discover what makes this Costa Rica highlight unique, what it ...
Read More »

January is one of the best and busiest months to visit Costa Rica in January. The weather plays along with adventure ...
Read More »