Visit Costa Rica in January – The Best Time of Year!

Visit Costa Rica in January – The Best Time of Year! 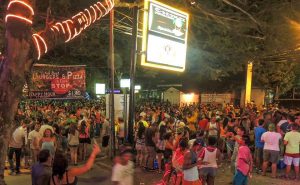 Costa Rica welcomes the New Year in superb style, with January being one of the very best times of year to visit, most especially during the last two weeks of the month. YES! There’s still time to book a last-minute adventure vacation to the most exciting and rewarding country on the planet!

January is when Costa Rica shines best; when the wildlife is active and abundant, when all tours are steaming ahead and when the weather is just perfect.

Here is all you can expect when visiting Costa Rica in January. 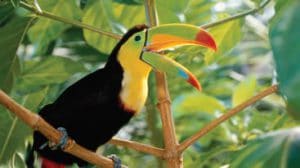 The dry season has well and truly started in Costa Rica and this is the first bona fide dry month of the year. That means hikes are easier and much more comfortable, with no major downpours or mud slides hampering your outings.

It also means chances of wildlife spotting are higher, as Costa Rica’s creatures come out of hiding in search for a refreshing drink. Central and northern Costa Rica are mostly dry (late afternoon sprinkles are not uncommon and quite welcomed) while more rain falls on the Caribbean coast. If you have an aversion to rain then steer clear of the Caribbean side and head for the Pacific side instead, especially the northwest region, which can go a whole week without a single shower in January. In the lowlands, you can expect temperatures to hit the mid-90s degree Fahrenheit (35 degree Celsius) yet refreshing reprieve can always be had at higher altitudes.

With perfect weather and travel conditions comes a hearty crowd, yet even if you have yet to book your accommodation there’s still time. If you’re more of a wing-it type explorer, know that walk-ins are still possible, as long as you arrive at your chosen destination before 10 am. Last minute cancelations and change of plans mean availability is not out of the question, even at this very busy time of year. 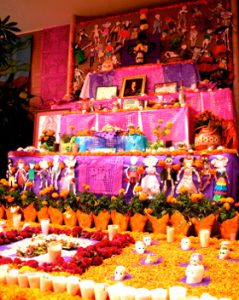 Ticos love a good party and if you travel to Costa Rica in January you’ll find a country still celebrating the New Year’s arrival. On the Nicoya Peninsula, the Santa Cruz Fiesta is in full swing in the second week of the month, with the country’s oldest city holding street parties, parades and traditional non-violent bullfighting celebrations, with an abundance of music, food and dancing, almost round the clock.

Santa Cruz is a phenomenal city to explore, with stunning architecture and plenty of historic and cultural flair, and easy access to the beaches on the Pacific coastline.

By mid-January, the party continues with Dia de Santo Cristo de Esquipulas celebrations held in Santa Cruz, as well as Dulce Nombre and Alajuelita (both in San Jose province). This religious festival is commemorated with oxcart parades, processions and plenty of folkloric dancing, costumes and (of course) delectable food! Costa Rica is a blissful destination, we know, yet we appreciate the fact that it wouldn’t be nearly as enticing if it weren’t brimming with such incredible wildlife. Want to view some unique creatures while here? Then you really couldn’t have picked a better month! North Atlantic and California humpback whales are best spotted in January, and the ideal places are the Osa Peninsula (northern part) and Drake Bay between Osa and the western coastline of the mainland. At this time of year, you will also likely spot plenty of spinner dolphins, which are usually not seen outside of this month.

The underwater life is also best viewed in January (on the Pacific Coast side) as lack of storms means visibility is at its very best. You can indulge in SCUBA dives and snorkel trips, and see some of the most delightful tropical fish in the world. Turtle lovers can also delight in plenty of nesting sighting, with Olive Ridleys and leatherbacks (the latter at the tail end of their nesting season) spotted along the Pacific Coast beaches. Tortuguero National Park also experiences a boom in migrating birdlife, as well as plenty of monkeys and sloths, so head here if you want to see a variety of wildlife.

Itching to go yet?

Then contact us today and ask us about last-minute availability on our totally unforgettable adventure vacations in Costa Rica. It’ll be the best start to the year you could ever dream of!