A Costa Rica Vacation: The Best Time to Do What, When, and Where

A Costa Rica Vacation: The Best Time to Do What, When, and Where 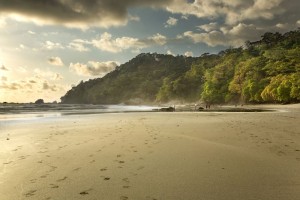 Planning a fabulous adventure vacation in Costa Rica can seem a bit overwhelming at first. A quick research soon revealing that the sheer variety in micro-climates in the country, as well as superb destinations, serves up a head-spinning array of options.

Yet in reality, the best way to think of it is like this: no matter what time of the year YOU can travel to Costa Rica, it will always be the best time somewhere in the country. This spells great news for the many who don’t have a lot of leeway in when they can take their yearly vacation. Should your trip be restricted to, say, school holidays or your company’s scheduled yearly closing time, then rest assured you can always find an idyllic corner of Costa Rica where the weather is at its best, leaving you excellent options for wildlife spotting and adventure sports.

Yet should you have more freedom to choose ‘the right time to travel’ and wish, instead, to hone in on your favorite activity or destination, then read on and find out the very best time of year to travel to Costa Rica and what you can see and do when you get there.

Crystal clear skies, calm seas and manageable temperatures: that’s the usual criteria one considers when planning a beach vacation, anywhere. In Costa Rica, the best months to bag all three are between December and April on the Pacific Coast and September and October on the Caribbean coast. The northwest Guanacaste province, in particular, just about guarantees dry days in January, February and March so if it’s ‘postcard perfect’ beach days you’re after, you’d be well advised to plan your trip for the beginning of the year. And when it comes to the eastern Caribbean side, do note that this is, generally speaking, the much rainier side of the country, so you should expect some rain even during the driest months.

There isn’t a single month in the year when you won’t be able to admire Costa Rica’s exceptional wildlife, the only differences depending on specific species and locations. Turtle nesting starts in earnest in many spots throughout the country in June and will continue until mass arribadas, phenomenal and mesmerizing affairs, occur between October and November. July and August sees pods of humpback whales take up residence in the Golfo Dulce, as they migrate from the freezing waters of Antarctica during the southern hemisphere winter although northern humpback whales can be spotted in January, a month when the Pacific coast showcases its four turtles species too: hawksbill, Olive Ridley, green and leatherback. By and large, rain season (July-August) is the best time to explore the luscious rainforests of Costa Rica in search of wildlife. As the rains bring the wilderness to life, the animals come out in astronomical numbers.

Rivers start flowing rapidly from June and the subsequent months are considered the best for rafting, continuing towards the end of the green season, all the way to December. The second half of the year really is ideal for adrenaline-pumping river action and, considering wildlife spotting is also prime at this time, it is perfect for comprehensive active vacations, in general. Scuba diving and snorkeling are best done during the driest months, for maximum visibility, whilst canyoning, rappelling and kayaking are also sought-after between June and December, when rivers are flowing just right. Too much rain, or not enough, can affect river based sports here although there are spectacular areas, especially the river system on the Pacuare in the Limon Province (considered the best rafting river in the country) that facilitate active vacations all year long.

Whilst the Caribbean dries up in September and October, the Pacific side – the most visited in Costa Rica – enjoys its wettest and quietest season. If you wish to have the most popular attractions seemingly all to yourself, this is definitely the time to go. Yes, you’ll have to contend with some heavy (yet short lived) rainfall and you may have restricted access to some of the more remote regions (like Corcovado, for example but if you’re willing to wait out the rains for a couple of hours a day, you will enjoy an unrivalled tranquil vacation in some of the luscious wilderness of all, both on the Pacific coastline and the central mountain range. The other upside of travel in rain season (also called green season) is that the wildlife is out in force so you’ll see plenty more monkeys and birds than you would in dry season.

Rain season is considered off-tourist time in Costa Rica, however, this is still a very rewarding time to travel here and this is now reflected in the prices. Price differences nowadays between peak dry season and rain season (in July and August) are not nearly as dramatic as they used to be, although you will still find better last-minute deals and smaller crowds if traveling here mid-year. What does make a huge difference, instead, is traveling to Costa Rica outside local holiday times, which are at Christmas and Easter week. The best value for money months tend to be in the shoulder season (May-June, and again Sept-November) a time when the climate can still be more than perfect yet crowds, and prices, are still quite low.

Summary: One of the most amazing aspects of Costa Rica is that, despite its relatively small size, it boasts such a variety of landscapes and ecosystems that creates a very complex countrywide climate. The upside is that, generally speaking, you can travel here at any time of year, remembering that the Pacific side is dry and busy during the winter and that the Caribbean is, also generally speaking, the much wetter side at any time. This idyllic tropical country enjoys dreamy temps all year long and offers so much for the curious and active explorer that makes traveling here simply magic no matter when!

Check out our award-winning array of professional, guided and unforgettable Costa Rica vacation in Costa Rica and come discover just how priceless, and memorable, this country can be.