Costa Rica is home to some of the most impressive and active volcanoes in the world, so it’s unsurprising that we often field questions about which ones you can climb.

Given that ‘climbing’ can be a relative word (do you mean right up to the crater or close enough to it?) we thought we would offer a breakdown of the most famous volcanic peaks in the country and the kind of hiking trails they all offer adventure-seekers.

But first, let’s clear up a couple of common misconceptions about the best volcanoes to climb in Costa Rica…

Not all Costa Rica volcanoes are created equal

Many volcanoes in Costa Rica are still active whilst others have been dormant for years. Some others are so extinct that scientists don’t even know the last time they erupted. The latter are among the most rewarding to climb – their craters often boast stunning lakes and, given extensive erosion, they are usually not as tall so they are much easier to climb.

You cannot climb to the peak of a recently active volcano in Costa Rica!

Some countries may allow visitors to risk life and limb climbing to the peak of a currently active volcano. Not Costa Rica! In this country, we think you can have a hell of a lot more fun doing 101 other things on a Week of Adventures than risking your life chasing a puff of smoke and river of lava. Therefore, some volcano hiking trails are routinely closed around the country. When a peak rumbles, safety will trump adventure and visitors will be forbidden from climbing to the top.

Hiking AROUND a volcano in Costa Rica can be even more enjoyable!

Costa Rica’s best volcanoes you can climb all boast phenomenal hiking trails that explore the super fertile base of the peaks and allow you to soak up spectacular views in every direction. A few begin right from convenient car parks on paved roads and take up just a couple of hours out of your adventure-filled day. Others are longer and more strenuous: ideal for true-blue climbers who just want to immerse themselves in the kind of pristine wilderness of volcanic landscapes.

Climbing a volcano in Costa Rica is so much more than simply slogging away until you reach the peak. The country boasts some quite spectacular mountains you can ascend if that’s your goal – ones that aren’t volcanic, so don’t come with the added risk of random eruption!

You will definitely want to visit during the driest months of the year, which is December to April. No need to add a landslide to the mix, which is what may happen during the rainy season.

Now that we have the basics of Costa Rica volcano climbing out of the way, time to introduce you to 6 of the most magical volcanic peaks you can climb on your next adventure vacation to our shores.

The most famous and beautiful volcano in Costa Rica, Arenal, is also its most active. Considered quite young, Arenal is ‘only’ 3,000 years old and is the crown jewel of a national park bearing its name.

The last major eruption of Arenal occurred in 1968 (when everything within a 10-mile radius was burnt to smithereens) yet the peak has been rumbling on and off in the last two decades. This has prompted officials to ban hikes to the peak and designate a 3-mile perimeter buffer zone.

You cannot climb to the peak of Arenal BUT the many trails around it offer plenty of hiking chances. Plus, Arenal is voted one of the most ‘conically perfect’ volcanoes in the world, so it’s a sight you’ll want to be looking AT, not FROM!

Irazu is the highest volcano in all of Costa Rica and one of just a handful of places, in the entire American continent, where you can see both the Pacific and Atlantic oceans at the same time. Irazu has erupted a few times, quite spectacularly. The first major eruption that we know of, 1723, totally levelled the then-capital, Cartago – that being the reason the capital status moved to San Jose.

Although classified as active, Irazu can be ascended to the crater, filled with what looks like a pretty turquoise lake. In fact, it is a sulphur-infused lake that stinks to the heavens! Nevertheless, climbing Volcano Irazu is an extraordinary experience and, at this high altitude, you’ll experience a barren landscape that makes you feel like you’re on another planet.

Believed to be active for more than 8,000 years (which puts Arenal’s age into better perspective), Turrialba is the second-highest volcano in Costa Rica you can climb. According to accounts left behind by Spanish conquistadores, Turrialba must have been exceptionally active in the 18th century, given its name is a derivative of ‘white tower’ in Spanish.

Turrialba is nearby Irazu but is harder to reach so it’s lesser known. Turrialba has been rumbling in the last decade or so, hence climbing to the peak is not allowed.

Just inches short of 9000ft, Poas is as high as it is jaw-dropping. The hike to the rim is ‘easy’ because a parking lot allows you to reach nearly to the very top. This is perfect if you want to soak up the stunning views of the dramatic landscape of such high volcanoes, but don’t have time to hike for hours on end. 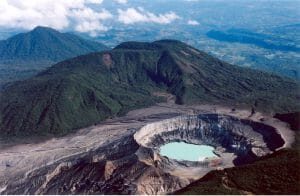 Experts believe that the ‘Corner of the Old Lady’ volcano has been a fixture of the Costa Rican landscape for a million years. In ancient lore, an old and irritable witch used to live in the crater, sending plumes of smoke and lava flowing whenever things did not please her. Hissing fumaroles can be spotted throughout the peak, which is wide and comprises over half a dozen craters.

Rincon oozed minor eruptions throughout the 80s and 90s, although she has been eerily quiet as of late. Perhaps the witch has just found her inner peace…

At just over 6000ft high, Rincon is a hard rim to climb but the views up the top are out of this world so this is one of the most popular volcanos climbs in all of Costa Rica.

Expect a full climb of this Costa Rica volcano to take an entire day. 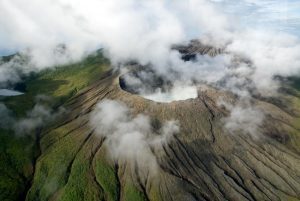 The easternmost volcano in Guanacaste is distinctive because it boasts no-less than four peaks and two craters. Standing just above 6000ft elevation from sea level, Tenorio boasts luscious tropical rainforests at mid-level and ethereal cloud forests before its peak. The Tenorio National Park is phenomenal, with hanging bridges, natural hot springs and a sensational crater rim hike that delights all the senses. 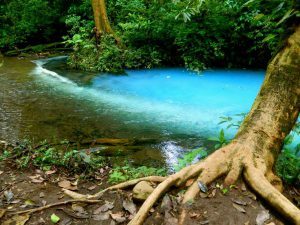 At Costa Rica Rios, we love planning bespoke adventure itineraries that include all your favorite activities. Wish to climb a Costa Rica volcano? We can take you there!

Flying into the Liberia Airport or simply looking for an insanely beautiful, adventure-filled spot way off the beaten ...
Read More »

Just two hours out of San Jose lies a national park that’s as captivating as any of the big-name reserves in Costa ...
Read More »