Guanacaste Province to Get a Tourism Boost in 2017

Guanacaste Province to Get a Tourism Boost in 2017

Costa Rica’s Guanacaste province is one of the most enticing and visited regions in the whole country and the upcoming expansion of the international airport in Liberia is set to inject a tourism boost that’s been a long time coming. 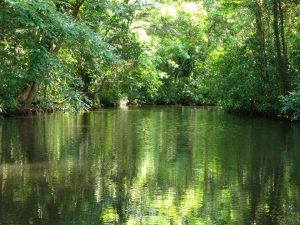 The expansion of the Daniel Oduber Quiros Airport was set to start in 2016 but unforeseen circumstances have delayed the commencement of work until January, 2017.

New boarding gates and a host of new shops, bars and restaurants will set to increase traffic passenger volume by approximately 20%. An upgrade of the airport’s technology, which will include faster Wi-Fi connectivity for visitors and state-of-the-art communication systems, will also be a welcomed improvement. Among the most exciting announcements is the immediate increase in flights, with new direct connections from Denver.

What Makes the Guanacaste Province so Special?

The Guanacaste Province is directly north of the San Jose Province, and the country’s capital. It is here that a large concentration of the country’s most revered sites and activities are found. Fantastic beaches, awe-inspiring volcanoes and mystical rainforests brimming with waterfalls attract crowds to Guanacaste all year long. Tourists make up almost 99% of all the passenger traffic at the Liberia International Airport, making its expansion even more essential. 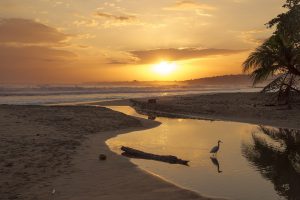 Tamarindo Beach is one of the country’s best-known surfing hubs while Nosara, a delightful hidden spot, caters to the desires of those who want a quieter beach vacation. For a beach vacay with all the frills, then head to Flamingo Beach instead, where hip bars and trendy cafés abound. This eclectic mix highlights the main aspect that makes the Guanacaste province so very special: it literally has something to suit all budgets, tastes and ages. 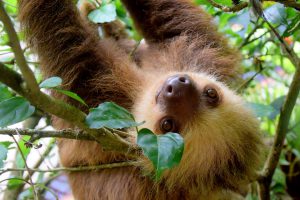 Guanacaste’s main claim to tourist fame, however, would have to be the world heritage listed Guanacaste Conservation Area, which encompasses immensely stunning Rincon de la Vieja volcano. No less than 4 volcanoes converge here and the stupendous landscape, flora and fauna the unique topography has spawned, makes this region a nature lovers’ unrivaled paradise. Between the surfing and swimming, Guanacaste offers mountain climbing and exceptional hiking, as well as wildlife refuges which are open to the public and more than 15 miles of sea turtle nesting beaches. There are rivers, lakes and wetlands absolutely bursting at the seams with iconic native wildlife.

Gateway to the Nicoya Peninsula

The Guanacaste Province lays a claim to the northern half of the spectacular Nicoya Peninsula, and the new Liberia airport will be the ideal springboard for exploring this amazing region. Visitors flock here to surf the crystal clear barrel waves which roll off the seemingly endless coastline. Ziplining, horseriding and mountain biking keep adrenalin junkies off their feet and the underwater world off the shores, chock-full of mantas and sharks, keep snorkelers and scuba divers entertained for days on end.

The Nicoya Peninsula is one of Costa Rica’s wildest destinations, where nature – and not human development – takes center stage. Although, to be honest, this pretty much describes the whole country anyway. Amidst the awe-inspiring nature, you’ll still find a smattering of boutique eco-friendly resorts, fantastic restaurants and, of course, incredible rejuvenation spas. Just one more corner of the Guanacaste that’s infinitely rewarding to explore.

A fantastic destination for active holidays, honeymoons and family trips, Costa Rica’s Guanacaste Province is an absolute playground for nature lovers. Let us help you plan a custom-made itinerary that’ll tick all your boxes and make your next Costa Rica vacation a truly unforgettable adventure.