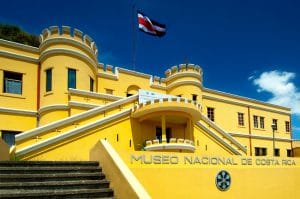 Costa Rica may not be as archaeologically enriched as its neighbors and it is true that it is primarily renowned as the epitome destination for nature and wildlife lovers. Yet this doesn’t mean that you’ll find Costa Rica completely devoid of historical attractions.

While many artifacts and relics are housed within the walls of the country’s best museums, there are also plenty of landmarks to discover, all boasting fascinating stories. Want more on your Costa Rica adventure holiday than just volcanoes, tropical rain forests, pristine beaches and outstanding diving? Then include a few cultural attractions in your sightseeing itinerary and you’ll enjoy a much more comprehensive adventure. 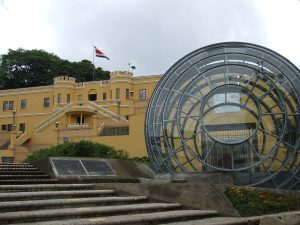 The country’s best museum is housed within the walls of a fortress which was built in 1917, and still bears the bullet-ridden marks of the 1948 civil war. It boasts a very detailed account of Costa Rica’s history, starting from the pre-Columbian relics – from stone tables to jewels – up to 18th colonial era and, most recently, a display dedicated to the Nobel Peace Prize awarded in 1987 to then-president Oscar Arias Sanchez.

Halls and rooms are chock-full of priceless art and artifacts and the chronological way in which displays are organized makes a visit here a phenomenal and educational walk through the major trials and achievements of the country. Geological and natural science displays complement the historical sections.

Right on the base of Irazu Volcano, about a half hour drive out of San Jose, is where you’ll find the city which was the capital of Costa Rica for almost 300 years. The city was originally founded in the mid-1500s in what the Spanish governor considered ‘the most beautiful valley he’s ever seen’.

In Cartago, a glorious city of innumerable attractions, you’ll find the Cathedral of the Virgin of the Angels, arguably the most stunning church in the entire country. Stroll the Playa Mayor and get lost in its charming alleyways. Cartago’s city centre is heritage listed and protected, and a local government initiative, to provide subtle lighting and restoration, is aimed at attracting visitors who may choose this as a travel base, rather than San Jose. 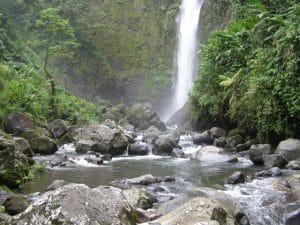 The country’s largest archaeological site is also one of its most mysterious and there are still no clues as to which ancient tribe first built dwellings on this site. The mammoth ancient city was built in the second millennia BC over an area of 540 acres, but was hidden below a blanket of wilderness until the late 1960s.

There are still extensive areas which are yet to be excavated and archaeologists believe many dwellings date back over 3,000 years. The Lost City of Guayabo is 60 miles east of San Jose, past Cartago, and walking through a section of it is incredibly beautiful. Hike up to the mirador for spectacular views or take along some camping gear for an unforgettable night of tenting under the stars. 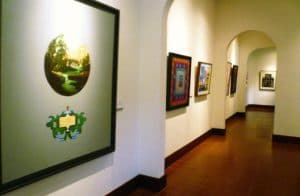 This is one of San Jose’s most gorgeous buildings which also happens to display the most comprehensive art collection for the country’s best artists, from the colonial era right up to the present day. The modern-day museum was the terminal of Costa Rica’s first international airport and is connected to the lovely La Sabana Park in the heart of the city. There are thousands of artworks on display permanently, with the Gold Room being an absolute highlight, and various temporary collections appear during the year. Admission is free. 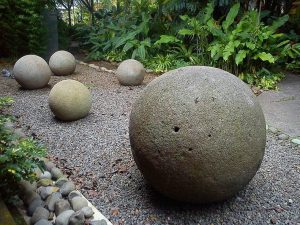 The Stone Spheres are another Costa Rican archaeological mystery, and a collection of over 300 has been amassed by experts over the last seven decades. Ranging in size, shape and weight – from a hundred grams right up to 16 ton – the spheres appear to be ornamental and although the exact composition or use of them is unknown, experts agree that all were man-made.

Nowadays, very few remain in the area where they were first discovered (Palmar Sur and Palmar Norte) but you’ll actually find several of these Stone Spheres decorating the gardens of government buildings – a number are also on display in the garden of the National Museum in San Jose – and quite a few have been purchased by wealthy locals as a status symbol. As of 2014, the Stone Spheres of Costa Rica were awarded UNESCO World Heritage listing. 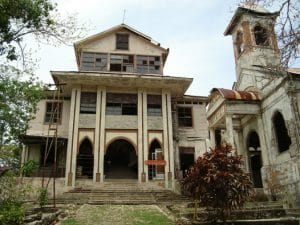 A jail in the heart of the Nicoya Gulf may not appear, at first, to be a very attractive landmark. But hear us out on this one! Isla San Lucas was indeed a prison for over a century yet now that it’s no longer in use, the historical and archaeological value of this wildlife-rich isle has come under intense scrutiny. There are dozens of ancient sites here, which both pre and post date Colonialism, as well as a plethora of endemic wildlife both on and off the shores. Due to this diversity, Isla San Lucas has gained a reputation as a very rewarding day-trip destination from Puntarenas.