A History Of Costa Rica’s Love Affair With Coffee

A History Of Costa Rica’s Love Affair With Coffee

Costa Rica is as synonymous with coffee as it is with spectacular wilderness and week of adventure tours. 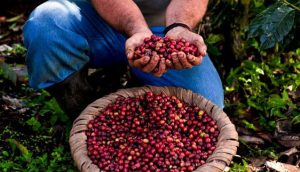 The country’s love affair with the coffee bean began more than three centuries ago when crops were imported by Europeans who had themselves imported it from Africa. Initially farmed in Costa Rica’s Central Valley, coffee crops found their ideal land here, with immensely fertile soils and cool climate of the highlands combining to create the perfect environment for it to thrive.

Before the introduction of coffee to Costa Rica, the country’s main agricultural production were tobacco, sugar, and cocoa, yet within a century all three crops were relegated to the back burner as coffee plantations surpassed them all by miles. So prolific was the production of coffee in the 1800s, and profitable its export to Europe, that the government even took to offering free land to anyone who wanted to harvest it. By the 1830s, coffee was Costa Rica’s largest export and still remains one of the country’s prime agricultural assets, alongside tropical fruits like bananas and pineapple. 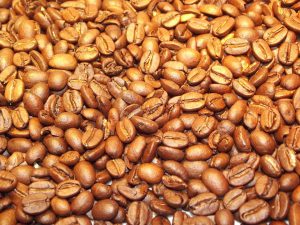 To say that Costa Rica has enjoyed a long-standing love affair with coffee would be an understatement. Nowadays, the country produces some of the most coveted coffee in the world, and the ‘Golden Grain’ – as it is known here – is as beloved in its homeland as it is abroad.

Fair trade cooperatives have been set up country-wide, protecting not only the rights and income of farmers but ensuring that profits are poured back where they are needed most, namely in environmental protection, women’s rights and educational programs. Cooperatives have been particularly successful in Costa Rica, a country which still relies on small-scale, family-based farming. In return for fair market prices, farmers must abide by certain standards of production and waste disposal, increasing the quality of coffee across the board and ensuring that the pristine environment is not detrimentally affected.

A Small Grain Shaped a Nation

To the traveler, Costa Rica’s love affair with coffee may almost go undetected. Surely you’ll notice that Ticos drink coffee pretty much all day long (in fact, they are the largest coffee consumers of all the top coffee producers in the world), but you may not be aware of just how ingrained coffee production has become in the local culture.

It is indisputable that coffee production and export have literally shaped the nation. Profits from sales of the ‘grano de oro’ were used to fund the country’s main highways and all major infrastructure. Almost all aspects of the calendar year were planned in accordance to coffee farming. Even the tax year, which ends in October, was initially planned to follow the coffee harvest. Yet even if you never knew the extent to which coffee has infiltrated Costa Rican culture, you’ll no doubt realize just how prolific coffee farming is in this country. The sight of verdant hills blanketed by coffee farms is one of the most beautiful sights you’ll see when touring Costa Rica by road.

Ah, The Smell of Coffee 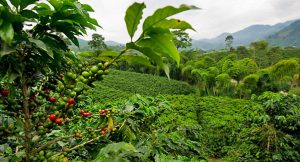 Including a tour of a coffee plantation is a must for anyone visiting Costa Rica, and is an amazing way to add a delectable taste of culture and history to your vacation. Not only will you get the enviable chance of enjoying one of the best cups of coffee you’ll ever have, but you’ll also learn all about the production of this incredible crop, from beginning to end. Although plantations are scattered throughout the country, the highest concentration is around San Jose and all along the Central Valley region, with farms offering comprehensive tours in Monteverde, Alajuela and Naranjo, to name but a few.

Ask us how we can help you include a coffee plantation visit to your Costa Rica adventure tour itinerary, and you too will discover why the whole world is totally in love with Costa Rica’s coffee.