It’s not often that a simple university assignment has the chance to change the world; but in Costa Rica, that’s precisely what’s happened. A group of students from the University of Costa Rica has developed a highly nutritious grain that’s said to be the next revolutionary weapon to fight world hunger. What’s more, they have just won the top prize at an international Food Science Students Fighting Hunger competition held in Ireland! 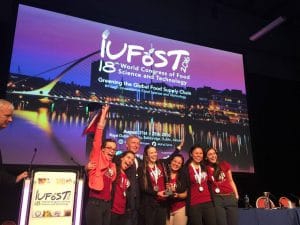 Part of the International Union of Food Science and Technology, the FSSFH is a competition which invites Food Science students from all over the globe to develop a highly nutritious source of food, specifically aimed at fighting world hunger. Competition is always stiff and the number of incredibly innovative products on offer are rather impressive. This year, contestants were invited to present their product at the World Congress of Food Science and Technology held in Dublin, Ireland, during the last week of August.

The students’ challenge is to develop products which are high in protein and fibre, low in salt, contain little to no meat and, instead, include a plant, microbial, or insect protein source. No easy task! Moreover, participants must take into consideration the raw ingredients and basic technologies available in a particular part of the world where hunger is most prevalent. If that’s not enough, they must also create a commercially viable plan (from manufacturing to distribution) which can turn their invention into reality.

The group of 11 Costa Rica students, all Food Science majors at U.C.R., were the only South American contenders. They developed a grain, called naji, which can be used to make tortillas, empanadas, high-protein smoothies, or simply consumed as a breakfast cereal. Two teams developed two versions of naji – one as powder and the other, as a cereal.

Naji comprises a mix of green plantains, butter, beans and corn flour, and was develop to combat relatively high malnutrition rates among pregnant women of the Chorotega tribe of Costa Rica’s Guanacaste region. This problem has had detrimental effects on nutrition rates of children in the area, and this has bene the main impetus for the creation of the naji.

The team from Costa Rica has taken top honors at the competition with their incredible product, followed in second place by a team of students from South Africa, which developed a highly nutritious and inexpensive Nutella-like chocolate spread, made from fermented sugar beans and sweet potatoes.

This isn’t the first time that a team from Cost Rica has developed an innovative food product to fight malnutrition. In 2015, a team from UCR developed crackers derived from crickets and were finalists in an international competition held by the US Institute of Food and Technologies. 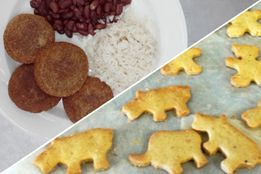 Travel through Costa Rica and you’ll be forgiven for thinking the country is simply one idyllic, tropical paradise. But for many inhabitants, chronic malnutrition is a serious issue. Over 8% of the total population does not have access to adequate food to meet their daily dietary need.

While it is often said that foreign aid in developing countries is a double-edged sword, tourism is said to be one of the healthiest and most beneficial ways for a country to improve its economic status. There’s no better reason to visit Costa Roca!

Enjoy an unforgettable adventure vacation in Costa Rica and you’ll be doing an incredible service to this amazing country. Eat local food, employ local guides, buy local souvenirs and gift your hard-earned vacation funds to one of the most gorgeous countries on our planet. And, when you get home, you can tell your friends all about it, so they too may get the impetus to come and visit this remarkable tropical paradise.