When it comes to cultural highlights, there’s no better time of year to visit Costa Rica than December. That’s when the country has its most festive month of the year in anticipation of Christmas, a time when festivals, fireworks and frivolities are everyday occurrences.

Here are just some of December’s very best highlights. 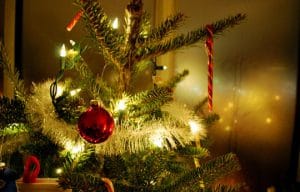 Christmas may still be a few weeks away, but Ticos have already begun decorating their homes. Around this time, locals start making tamales, which are delicious steamed cornmeal pockets filled with meat and vegetables, or jam and fruit. They’re tedious to prepare and quite time -consuming, with each secret family recipe being a source of much pride. In Costa Rica, it’s customary to exchange tamales at Christmas as gifts to friends, family members and neighbors, and to include them in all the festivities.

This week also marks the beginning of Lights Fiesta – Festival de la Luz – which will be a week-long celebration in San Jose with lighting displays, lots of music and food and nightly fireworks.

As if they don’t have enough to do, Ticos also start harvesting coffee at this time of year! Nature also begins her early celebrations by sending humpback whales from Alaska to Cano Island. 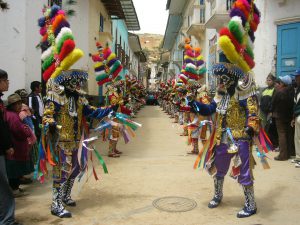 Travel to the indigenous village of Boruca this week and you can partake in the Fiesta de los Negritos, an incredible festival which combines indigenous and Catholic rituals to create a visual spectacle like no other. The costumes are outrageous, the music and the dance hypnotic and the food on offer simply delectable. On the 8th December Costa Rica also celebrates the Lady of the Immaculate Conception, and you’ll see fiestas countrywide celebrating Mary, and plenty of young girls donning blinding-white starched skirts.

The Nicoya Peninsula celebrates Fiesta de la Yeguita on 12th December, with parades, bullfights (but without violence!), concerts and food stalls set up in towns all over the peninsula.

Around mid-December is also a time when Ticos receive their ‘aguinaldo’ which is essentially a Christmas bonus: a little bit of extra cash to help pay for gifts and celebrations. At this time, locals will start to set up their Christmas trees and put up nativity sets, which here are called ‘portales’.

Cano Island also celebrates its own ‘lighting festival’ in mid-December. This is the time of year which sees the most electrical storm activity in the entire region. 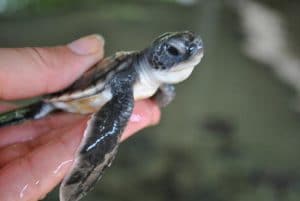 Processions, religious reenactments, fiestas, fireworks and tamales are all the rage by the third week of December. Rompopo, the local eggnog, makes an appearance at festivals, as do the tamales, of course. Nativity set competitions are held in villages all over the country.

Meanwhile, hordes of Olive Ridley turtles continue to arrive on Playa Nancite (Santa Rosa National Park) to lay their eggs. This is one of the country’s most famous turtle nesting site.

It’s tradition in Costa Rica to attend mass on Christmas Eve, feast on a sumptuous dinner at midnight and open presents shortly thereafter. Tamales are the centrepiece of each meal, with plenty of rompopo, chicha (an alcoholic corn brew) and coconut candies (melcochas) laid out. When all the evening’s festivities wind down, baby Jesus is ceremonially placed in the crib of nativity sets. Christmas day is usually a quieter affair, with families gathering late in the afternoon to feast on leftovers. 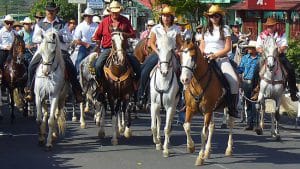 Head to San Jose on Boxing Day and you’ll witness El Tope, a famous horse parade which is meant to showcase the prowess of the animals and skills of the riders. The festival continues the next day, with a colossal carnival taking place in the heart of the city. Large flamboyant floats, live music and more food than you can imagine!

Costa Rica is one of the world’s most prized wildlife havens, never more so than when we’re talking about birds. ...
Read More »

A term we’ve all come to know all too well in recent weeks, social-distancing doesn’t always need to conjure up ...
Read More »