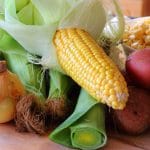 Costa Rica’s cultural calendar is a hive of activity at any time of year, with the country hosting an array of vibrant festivals and highlights to honor everything: from the humble corn cob to the revered coffee bean and, of course, every saint in the Catholic calendar. November is no exception, and even though rains may still persist countrywide, it’ll do nothing to dampen the festive spirit of Costa Rica. 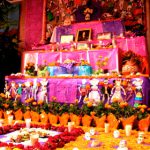 All Soul’s Day is a huge day in the Catholic calendar, and although celebrations are not as extravagant here as they are in other Latin American countries (most especially Mexico and Bolivia), it is nonetheless one of the most important events in the Tico calendar. Locals honor their dearly departed with hour-long masses and prayer-filled processions to graveyards, where family chapels and graves are extravagantly decorated with flowers, candles and favorite foods of the beloved deceased. Granted, you won’t see opulently decorated skulls being paraded around towns by proud relatives, like you may do in Bolivia, but we’ll safely assume that’s not altogether a bad thing. For those willing to join a local procession, the event turns out to be an immensely interesting and very photogenic affair. And, because this is Costa Rica, you can still expect plenty of feasting, drinking and merry-making to be on offer. Often regarded as the original and one of the toughest bike races in the world, La Rutas de los Conquistadores is a multi-stage, 3-day event which sees riders literally cross the whole country, from the pacific to the Caribbean Coast.

The grueling race spans over 29,000 feet in climbing and covers an array of tough terrain. Even the Tour de France pales in comparison! Think you have what it takes to complete it? Then get all the info and register right here. 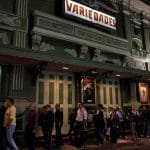 This is arguably one of the year’s best festivals, where for 10 days over November, Montezuma plays host to free international movie screenings, street art festivals and parties, culminating into all-night weekend festivities. Expect lots of entertainment, music, DJs and delectable food. Not only will you be privy to some of the best art house and independent films of the year, but you’ll also experience Montezuma at her most jovial best.

San Jose comes alive for several days with an array of street art, performances, concerts and plays, as well as free-to-enter art exhibitions and plenty of street entertainment and food stalls to boot. If you’re a lover of all things arty then this festival will be right up your alley. 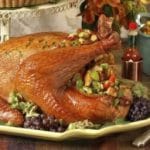 Celebrating Thanksgiving is a very new and utterly non-Costa Rican thing to do here, yet given the fact the country is favored by North American visitors, it’s no surprise that some of the best restaurants have started offering traditional Thanksgiving dinners to their guests, complete with turkey, cranberry sauce and all the trimmings. Your best bet is to contact 5* hotels and resorts in the area in which you will stay, or check out the TicoTimes for special announcements. 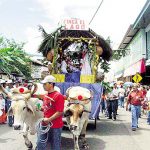 The country hosts two major oxcart festivals every year: one in March and the other in November. Although the biggest celebrations are reserved for the capital city, you’ll likely see miniature versions played out in every major city. The most colorful and ornate oxcarts are paraded through towns, honoring a long-standing tradition in Costa Rica. The oxcart, which has been listed as a UNESCO Intangible World Heritage, is an inherent part of the local Tico culture. Expect plenty of street fairs, food, drinks and partying.