Costa Rican President Luis Guillermo Solis has recently announced that American giant Discovery Communications – owners of the Discovery and Animal Planet channels – are set to lend their name to a $1 billion dollar Costa Rica Extravagant Adventure Park, which is set to open in the Guanacaste province in 2020.

The ambitious project will cover an area of over 880 hectares, adjacent to the Liberia Airport, and will include a vast array of services and attractions. Alongside the Discovery Ranch, the estate will boast an ‘inland ocean’, a water theme park, a wellness centre, various biking, hiking and outdoor adventure options, as well as plenty of accommodation choices. Developers say the park is aimed at showcasing the very best of Costa Rican culture to the world, and it is hoped that the project will give the region a much-needed employment boost in the short and long-term, and tourism boost in the long-term. Once completed, the park is set to generate about 4,000 jobs in the immediate area.

Critics have been quick to question how a project such as Discovery Costa Rica could be materialised in a province of the country which routinely suffers from severe droughts, and whose locals deal with water shortages on a daily basis.  However, assurances have been made that the park will utilize water wells which already exist on the private property which Discovery purchased, and both the developers and the Costa Rican government have expressed their commitment to ensuring the park reflect the country’s fervent stance on sustainable tourism.

An Overview of the Guanacaste Province of Costa Rica 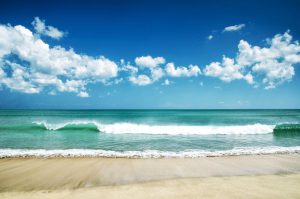 Costa Rica’s premier beach tourism destination lies less than 200 miles north of the capital, San Jose. It is a both a hub for tourism and a gateway, as visitors must pass through here to reach the north-western Pacific coastline where most of the country’s resorts are located. The Liberia airport, which is set for expansion, is swiftly becoming a convenient alternative to the main airport of San Jose, offering foreign tourists the chance to fly in and be at the beach within an hour of clearing customs.

A popular hub for surfers, kayakers, scuba divers and hikers alike, Guanacaste’s main strength is in its incredible biodiversity. Some of the most popular beaches in the country are found here, like idyllic Playa Hermosa and Playa Blanca, as well as a host of luxury resorts along the pristine stretch of coast off the Papagayo Peninsula, and a formidable mountain range brimming with volcanic calderas and lush national parks.

This is, by far, the most developed region in the country and offers a wealth of attractions and activities for those who are BIG on wishes and short on time. Infrastructure is good and traveling is ever so easy. Although some may begrudge the extensive gentrification of this part of Costa Rica, there’s no denying that the tourism boom has had a beneficial effect on the country’s economy. And besides, being the kind of exceptional country it is, finding a quiet nook for relaxing contemplation, a desolate beach or a remote hiking trail that you can have all to yourself, is always easy in Costa Rica.

Want to find out more about this and other regions of Costa Rica? The check out our range of Costa Rica adventure tours and contact us for more info.