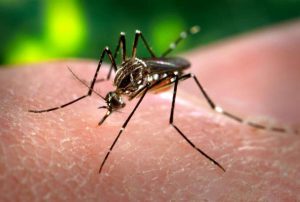 It’s impossible these days to read a newspaper or watch a news broadcast without hearing alarming reports about the Zika Virus. If you were to believe all you read and hear, you would probably be under the impression that this is one of the worst outbreaks of diseases known to man.

Yet gathering all the info available from reputable agencies, and presenting it in a concise manner, may help you realize that, in actual fact, this just isn’t so. However easy it may be to get completely swept way with the sensationalist drama of it all, and contemplate cancelling or avoiding your vacation to Costa Rica, do yourself a much more beneficial favour instead: get informed. Only then will you be able to make a clear and educated decision about what is best for YOU.

Here’s all you need to know about the Zika Virus and how it may affect you: 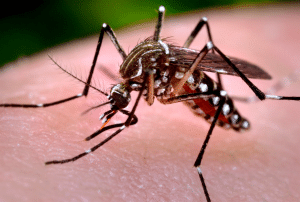 According to the World Health Organization Zika Fact Sheet, Zika is a tropical disease which is carried by infected Aedes mosquitos and transmitted to humans through bites, much like dengue and malaria.

Many news reports tend to gloss over the fact that this is not a ‘new’ disease as such. Zika first emerged from the Ugandan jungle more than 7 decades ago and although the medical world has been aware of its existence, it was never given top priority. This has to do with the fact that as a transmittable disease, Zika is actually quite mild, most especially when compared to malaria and dengue. Deaths by Zika have been – and continue to be – very rare and even hospitalization is not needed in the great majority of cases. In fact, it may surprise you to know that 75% of people infected with the virus show no symptoms at all.

Can Zika be Sexually Transmitted?

It was long thought that the Zika Virus could only be transmitted via infected mosquito bites, yet reports of two cases where it was sexually transmitted have now been recorded. In one case, Zika Virus was detected in a patient’s semen. So far, it seems that IF Zika can indeed be transmitted sexually, it will most likely only be by an infected male who can pass it on to his sexual partners.

What are the Symptoms of Zika Infection?

Typically, a Zika infection will come and go without you realizing it. There may be a general feeling of malaise, coupled with a slight fever perhaps, tiredness and joint aches. Symptoms typically last for two days up to a week and may also include a slight rash. It is important to have any symptoms checked out, not because Zika is dangerous, but because these symptoms also correlate with dengue and malaria and those are diseases which require treatment.

How is Zika Treated?

The recommended treatment for the Zika virus is plenty of bed rest, lots of rehydrating fluid and paracetamol to combat joint aches and/or headaches. Taking anti-inflammatory medication (like aspirin) is not recommended.

How Does Zika Compare with Other Tropical Diseases?

If you’re an adventurous soul who loves to travel to tropical countries, you may (or may not!) be happy to know that there are many other things you should be worried about, aside Zika. From a bad bout of gastro to malaria, or even the common flu: all of these things can make you sicker than Zika and have a much greater potential of ruining your vacation. Moreover, and perhaps more importantly, whilst other illnesses like malaria have the potential to cause long-lasting damages to your health, Zika is renowned not only for its mildness in symptoms (most people just feel ‘a bit off’ for a couple of days) but also for not causing any long-term effects on your health at all.

How do you Prevent Zika Infection?

Preventing mosquito bites is the only way to protect yourself from Zika and, at the risk of sounding repetitive, most other tropical diseases like malaria and dengue. The Aedes mosquito is particularly active during the day (as well as in the evenings), so wearing protective clothing and being diligent about applying repellent is advised. Planning to hike in the jungle? You should be wearing long trousers and long-sleeve cotton tops anyway, just make sure they are impregnated with mosquito repellent too. Follow the detailed guidelines outlined in the US Centre for Disease Control and Prevention Zika Guide, particularly if you’re planning to camp out wild when visiting Costa Rica, or if travelling with children.

Perhaps the most disturbing reports related to Zika have been about its alleged link to microcephaly, a condition whereby children are born with a shrunken skull. It’s important to note that according to all official medical associations – including WHO and the US CDC – there is still no hard evidence that Zika Virus is directly responsible for cases of microcephaly in affected areas, however, it seems as though it may be.

The official warning is still to ‘practice enhanced caution’ if you are pregnant (or planning to be) and wish to travel to affected areas of the world. It is still not known exactly how being infected by Zika will affect the foetus, nor how long the risk could last. The great news is that when mosquito repellent is used as indicated, it is perfectly safe for pregnant women to use. We suggest you consult with your doctor and, together, make an informed decision should you wish to travel to Costa Rica and either be pregnant or plan to soon be.

How is Costa Rica Affected by the Zika Virus?

Up until very recently, Costa Rica was completely unaffected by the Zika Virus, with the majority of cases being reported in Brazil, Africa, Southeast Asia and the South Pacific region. This week, two cases of locally infected people have been confirmed in the country, and the response from local authorities has been phenomenal. Costa Rica, a small country which relies heavily on foreign tourism, will likely be one of the staunchest and most aggressive responders to the Zika threat. As of the 24th February, an anti-Zika plan of action is already under way, which includes extensive fumigation and waste-collection in the province of Guanacaste and Nicoya.

Luckily, Costa Rica is one of the least affected regions and, according to all expert knowledge, visitors should apply a heightened state of caution, yet there is absolutely no need to deter travel to the region.

Costa Rica is a powerhouse of fun, adventure, wilderness and spectacular mountains and beaches. This is one of the world’s most rewarding holiday destinations, one that needs tourism now more than ever. So gather all the info you can and make an informed decision, and when you’re ready to head in over for the holiday of a life…Costa Rica will be right here waiting.