The most famous national landmarks in Costa Rica take you on a whirlwind tour through the country’s long and illustrious history, showcasing the fact that Costa Rica is as rich in cultural and historical treasures as she is in nature-filled ones. From beautiful centuries-old cathedrals to opulent theatres, mysterious archaeological finds and incredible eco-tourism legacies, the following prominent landmarks beautifully complement the natural riches which have made this one of the world’s most revered travel destinations.

Include one, two or all on your next adventure vacation in Costa Rica, and make your journey a comprehensive, varied and immensely rewarding experience. 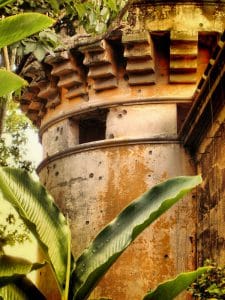 Housed within the protective walls of a late 18th-century fortress, the country’s largest and most important museum is as enthralling in content as it is in utter visual delight. Used during the civil war of 1948 (bullet holes are still visible) the Museo Nacional de Costa Rica offers a summarized glimpse into the history of the country from pre-Columbian times right up to the present day and hosts a wealth of beautiful historical artefacts, war memorabilia and more.

The fact that the Bellavista Fortress is an absolute splendor – and the addition of a stunning butterfly-filled garden together with English-language info-boards – make this an absolute must-visit for anyone traveling through the capital. 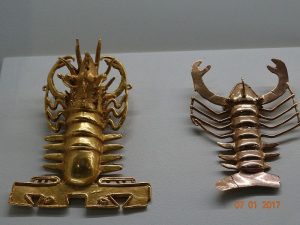 Concentrating on the pre-Columbian era, this ‘museum of gold’ gifts a fascinating look into the complex and unique attributes of Costa Rica’s ancient indigenous cultures. Found right next door to the abovementioned Teatro Nacional, the Museum of pre-Columbian Gold showcases an interesting, comprehensive and quite glistening collection of ancient gold dating back to 500AD. From animal statuettes to amulets, jewelry and coins, the collections here are incredibly interesting especially if you’re party to ancient history.

Costa Rica’s first colonial capital is one enormous highlight and home to some of the country’s most revered national landmarks. Just a half hour’s drive south of San Jose, right on the foothills of Irazu Volcano at an altitude of more than 4,700’, Cartago was established in the mid-16th century and extensively damaged in several devastating earthquakes. Nowadays, Cartago is a striking walk-through outdoor museum, with pedestrian-only access around the ruins of the first cathedral, as well as the picturesque Our Ladies of Angels Basilica, quaint stone bridges and picturesque old houses. Fantastic eateries and plenty of hotel choices mean you could spend a couple of days exploring the town in great depth.

The Hanging Bridges of Arenal 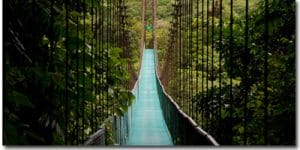 The spectacular hanging bridges of Arenal may not be as old as Cartago but they are just as indicative of the country’s eclectic history as any ancient architecture. A superb 2-mile trail of 16 bridges – a few of which are hanging – take you on a whirlwind tour through the virgin rainforests of Arenal, as they transition from highland to lowland ecosystems, displaying flora and wildlife native to all. An interactive and unforgettable trip through the natural history of the region, the hanging bridges of Arenal offer an unrivalled chance to explore and admire more than otherwise possible from ground level.

The country’s most mysterious national landmarks are mystical granite sphere of varying sizes, found in various locations. Their exact date, use, and the culture which built them are unknown to this date, making them all the more appealing. Found primarily in the Diquis Valley, as well as Caño Island and even some of the remotest parts of the Osa Peninsula, Costa Rica’s enigmatic ancient spheres – some of which weigh up to 15 tons – are mostly found in their original locations although, on Caño Island, some were moved to an ancient cemetery by the indigenous Boruca people.

Often rated as the most impressive national landmark in Costa Rica, Guayabo de Turrialba is its most prominent archaeological site and home to some of the above-mentioned spheres, as well as ancient plazas, stone carved streets, bridges, aqueducts and housing projects, some of which date back almost 3,000 years. Used as a ceremonial center, as well as being a thriving city for over two millennia, Guayabo is where some of the gold showcased in the pre-Columbian museum was found. The national monument is hidden within the luscious canopy of the rainforest flanking Turrialba Volcano, and restoration works, as well as exploratory excavations, are still ongoing and probably will be for years to come.

A colossal collection of ancient pottery, musical instruments and more have been discovered in an archaeological site which dates back to the Chiriquí period in the first millennia CE. The megalithic site at Rivas, close to the capital San Jose, is a fantastic place to explore on a day out of the city and is one of Costa Rica’s most picturesque national landmarks. The modern town of Riva sits just north of the confluence of two rivers and is framed by a supremely scenic landscape. In this valley region, there have been over a dozen archaeological sites discovered dating back to the Chiriquí period and although much of the area is now covered in farming plots, there are still plenty of ruins to discover on foot. A wonderful stop-over on the way to Chirripo.

Chocolate petroglyphs, you ask? Nooo!! The petroglyphs of Cacao Volcano in the Guanacaste Province are almost as mysterious as the granite boulders. Petroglyphs number in their hundreds and have been discovered near El Pedregal, with more discovered only recently.

An extensively larger collection of megaliths and petroglyphs have been unearthed all over Costa Rica and, although the country never boasted a powerful indigenous mega-culture (such as the Incas or Aztecs) when the Spaniards arrived, it’s clearly evident it nevertheless was home to many different ancient cultures, dating back thousands of year.

Visiting a few national landmarks in Costa Rica on your adventure tour of the country will certainly grant you the chance to explore the historical and cultural side of this marvelous country. For more info on comprehensive and eclectic adventure tours of Costa Rica, simply contact us.