If you’re anything like us, you rate gastronomic indulgence as a top priority when traveling. Don’t get us wrong, we love admiring unique landscapes, delving into unknown cultures and getting a feel for a different way of life. Yet if we were hard pressed to mention the one thing which gets our juices really flowing…it would have to be the food. Yep. It’s true. We dig food. And not just any food, mind you, but really delicious food, the kind you’d travel half way around the world to savor.

Delving into a foreign cuisine can be one of travel’s most enticing aspects and never is this truer than when visiting Costa Rica: a country that is as delicious to flavor as it is to admire. It’s beautiful, in every way. Colorful, natural, fresh and addictive, Costa Rica and its rich cuisine is bound to leave you happy and very, very satisfied.

Costa Rica’s culinary world differs quite a bit from those of neighboring countries. It doesn’t rely on excessive spiciness to impress, preferring to let an abundance of fresh herbs do the flavoring instead. Hearty, and satisfying, Costa Rican cuisine is all about comfort food; the kind you love sharing with your family and friends around a big table. And the kind you’ll need after a long, adrenalin-filled, adventure day out. There’s a reverence to freshness here you’d be hard pressed to find anywhere else and it’s this aspect which makes the cuisine so very special. To Ticos, no dinner table is ever complete without a sumptuous bowl of freshly picked, succulent fruits.

Head to Costa Rica Rios on your next adventure trip and let your taste buds discover a whole new world of flavors. Here are just some of our favorite Costa Rica culinary delights. 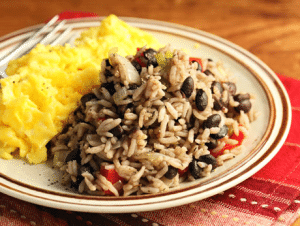 ‘Spotted chicken’ is the country’s comida tipica, or national dish. Pinto, as it is known to locals, is the breakfast of champions here and a fantastic ‘starter boost’ to prepare you for a fun-filled, active day out. Once you feast on a hearty bowl of fried rice and beans, typically served with a side serve of plantain, peppers, fresh cheese and eggs, you’ll be ready to take on the world or, at the very least, the next volcano climb.

Travel with Costa Rica Rios and you’ll enjoy a varied menu for breakfast, lunch and dinner, although it’s worthwhile noting that for a great number of poorer Ticos, rice and beans are the main recurring meal. At lunch, the rice and beans adopt a new name (casado), and they are not mixed together but instead are served on the plate separately along with salad, veggies and meat or fish.

Pinto is a much beloved Nicaraguan dish as well, and disputes over its true origins are as monumental as they are near-comical. Biased as this may sound, we think Ticos do it better. Sorry Nicaragua! 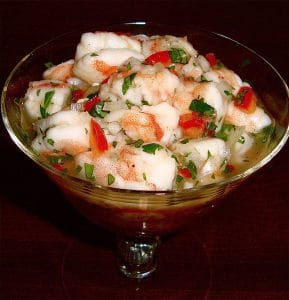 This is the seafood equivalent of an Italian carpaccio, where the raw ingredient (usually tilapia, dorado or octopus) is left to cure overnight in lemon juice and chillies. When ready to serve, a handful of fresh coriander and sliced raw onion are added to the dish, which is usually served alongside a sweetener like corn, avocado or sweet-potatoes. Ceviche is one of the most exported dishes to have emerged from Latin America; a true testament to its incredibly delicious taste.

Now here’s a dish with which we have a love-hate relationship. Mostly, due to it being so addictive that we find it near impossible to stop at just a single taste. Chicharrónes are bite-size pieces of pork fried to crispy perfection in pork fat and served with a generous drizzle of lemon juice, along with tortilla chips and friend yuca. Yes, this is as Weight Watchers-approved as it sounds! However, considering the amount of energy you’ll need to burn in order to climb those mountains, raft those rivers and explore those canyons, we think this dish would make an optimum (albeit ever-so-sinful) refuel. 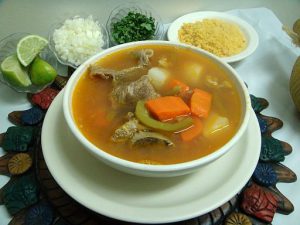 If chicharrónes are the ying to a health-conscious diet, then this mouth-watering seafood chowder would definitely be its yang. Although only marginally. What makes this mixed seafood stew melt-in-your mouth delicious? The fact that all the seafood (including shrimp, mussels and squid) are first fried with bacon, garlic and chilli and then slowly simmered in thick, rich coconut milk. Enough said. 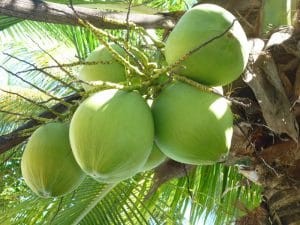 On a sweltering hot summer’s day, there’s nothing more refreshing than guzzling fresh coconut juice. Or agua de pipa. On your Costa Rica vacation you’re bound to come across street vendors selling fresh as can be coconuts. Hand over a few cents and you’ll see your vendor gleefully hack away the tip with a machete and serve the fruit to you with a straw. Delight at will: the vitamin-rich juice is one of Mother Nature’s most powerful super-foods. 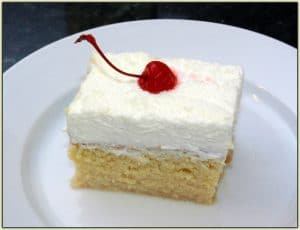 No culinary indulgence would ever be complete without a most indecent sugary splurge. In Costa Rica, make yours a pastel de tres leche. This three-milk soaked sponge cake is one of the most wide spread desserts in Latin America and deserves all the accolades it receives. This sweet, moorishly moist and fluffy cake is made using a trio of dairy, which includes condensed and evaporated milk, as well as fresh cream. These morsels of yumminess are usually served alongside chopped fresh fruit, Naturally, this makes pastel e tres leches a most healthy ending to any meal. Coffee is, without a doubt, Costa Rica’s most beloved culinary delight and something which you’ll no doubt savour many times a day during your vacation. Ticos are very proud of their coffee growing skills, which have been intrinsically linked to their culture since at least the late 1700s. Back then, farmers were gifted plots of arable land by the government, with the condition that the only produce to come of its rich soil, was coffee.

To say that Costa Rica’s blossoming economy has evolved on the back of coffee export may seem like an exaggeration, yet the truth is not that far off the mark. Premium Arabica beans, something for which Costa Rica is internationally renowned, make for a most unique and much appreciated souvenir gift.