Flying to Costa Rica Airports – Your Guide to Hassle-Free Travels

Flying to Costa Rica Airports – Your Guide to Hassle-Free Travels

You know that Costa Rica is one of the most popular travel destinations for North Americans; you know flights times are short, transfers swift and the sheer easiness of travel here inducive to relaxing and invigorating vacations. That doesn’t mean that figuring out where in Costa Rica you should be flying to, is a piece of cake. Don’t stress! We take all the hassle out of your Costa Rica vacation planning with this comprehensive airport guide, aimed at helping you navigate the many options for flights to Costa Rica and all the logistical issues you’ll be facing.

Whether it’s your first time abroad or you’re an old-hat at this jetting-about business, we hope you’ll find this guide helpful.

Costa Rica boasts several airports, most of which only operate domestic flights: super convenient if you wish to visit many regions in a short amount of time, once you set foot in the country. The two main entry points if hailing from abroad, however, are the San Jose International Airport (in the Central Valley), and the Liberia International Airport, in the northwest. 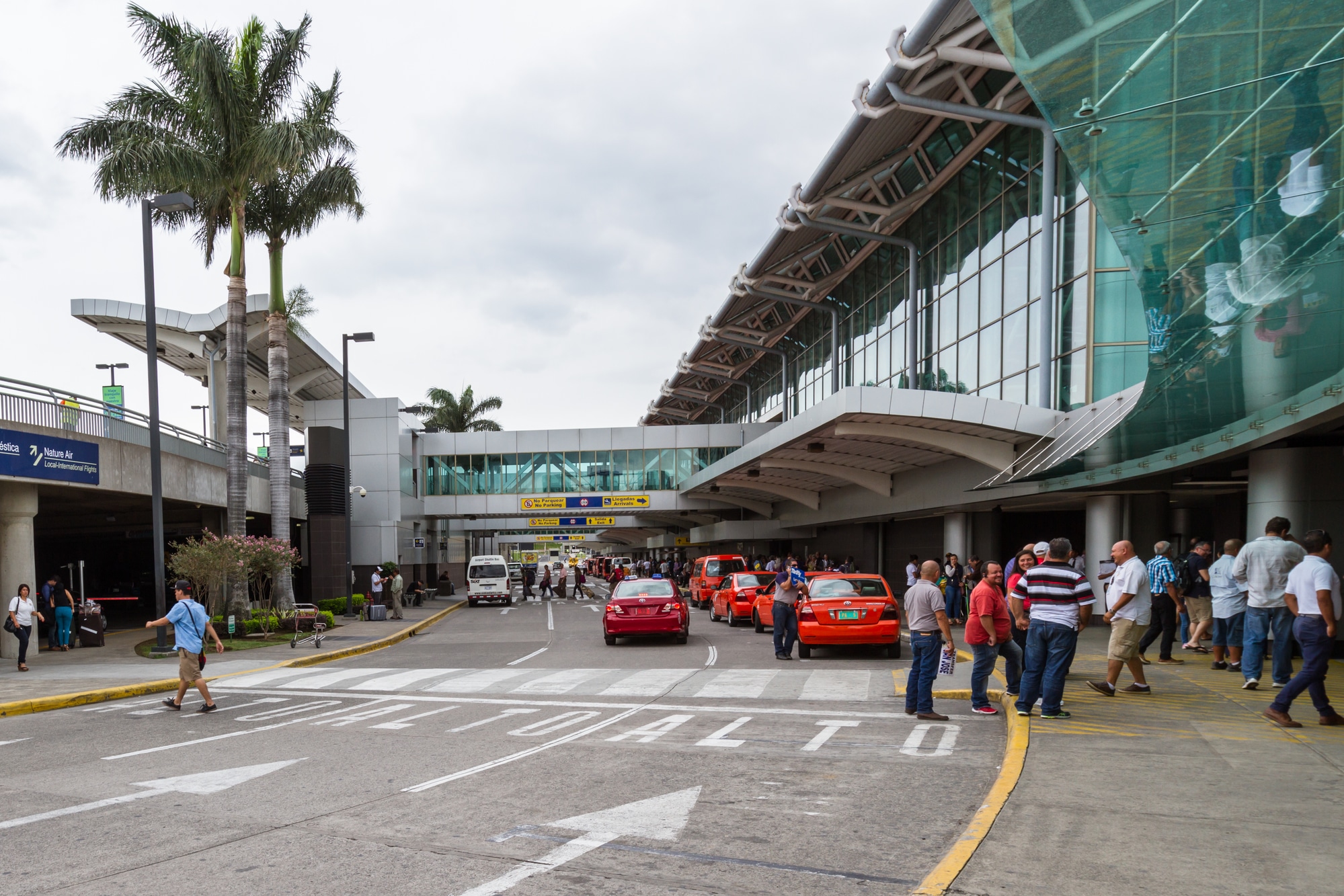 San Jose International Airport (or Juan Santamaria Airport – code SJO) – Nearby the capital of San Jose, Costa Rica’s largest and busiest hub is the primary entry point into the country for most visitors. It services the Central Valley and the entire southern region of Costa Rica, as well as the eastern Caribbean coast. If you’re heading to the Central Pacific region and want to visit the most famous hubs of all, like Manuel Antonio, Arenal, Monteverde, the Osa Peninsula and the Limon Province, San Jose’s main airport is by far your best choice.

Multi-adventure vacations with itineraries that include several destinations are best started from the capital – there isn’t a corner of the country that can’t be reached from here and, besides that, 99% of all the domestic flights to more remote regions also originate here, so you’ll undoubtedly be ‘passing through’ San Jose at some point during your journey.

Where: The Airport is in the town of Alajuela, about a 20-min drive from downtown San Jose

Best for: the central and southern regions of Costa Rica, including the remote Osa Peninsula, the amazing Tortuguero National Park and the Limon Province on the eastern Caribbean coastline, as well as the eastern and southern coasts of the Nicoya Peninsula

What: The second most prominent airport in all of Central America, SJO is well set out, with plenty of shopping and dining options and servicing the highest number of both international and domestic flights in the country 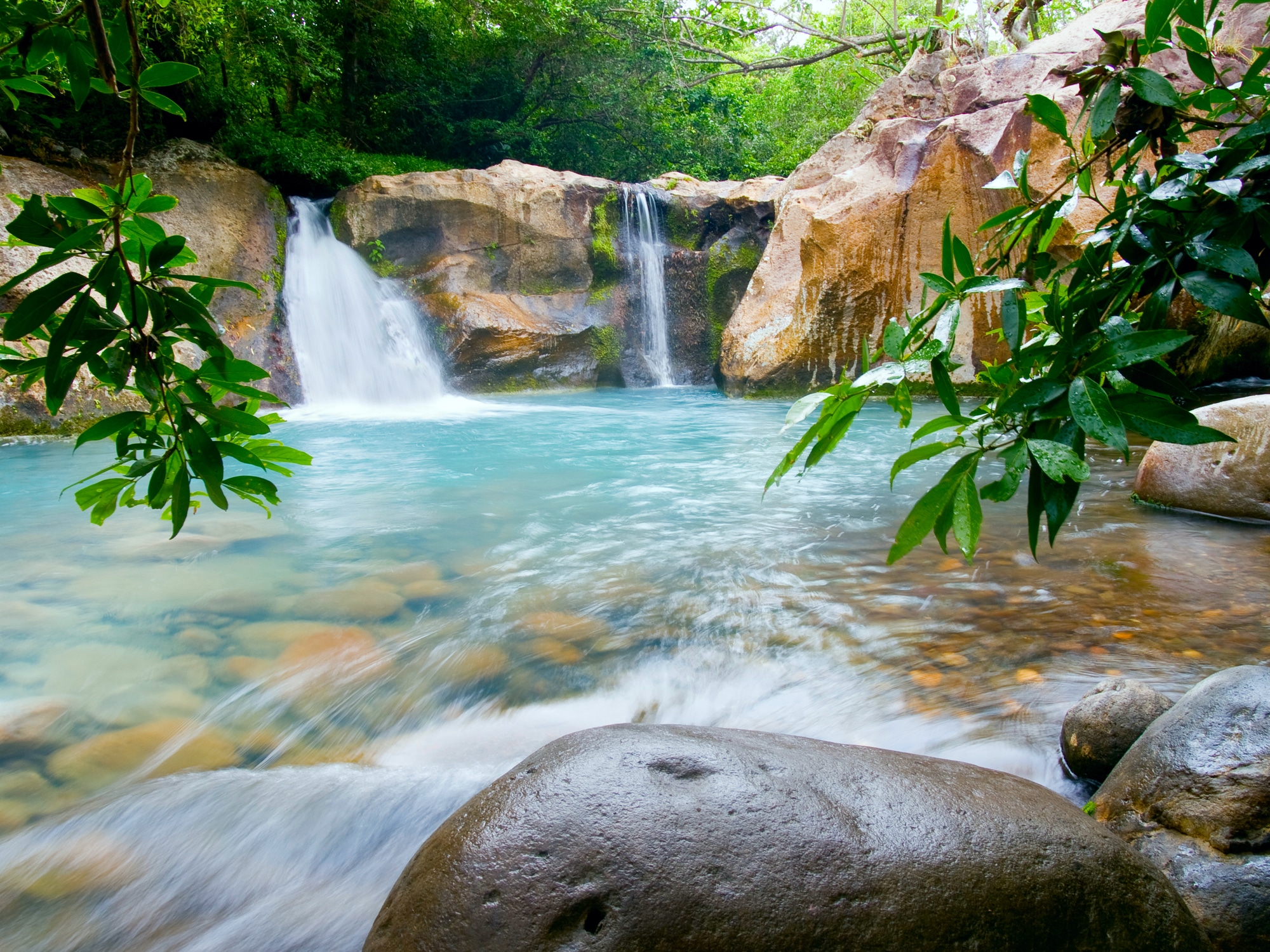 The Rincon de la Vieja National Park is in the far north of Costa Rica, best reached by flying into Liberia

Liberia International Airport (Daniel Oduber Quiros Airport – code LIR) – The Liberia International Airport is perfect if your itinerary primarily consists of beach-bumming in stunning Guanacaste or exploring the western coast of the Nicoya Peninsula. This is the preferred airport of return visitors who may have already seen and done the country’s most famous hubs and now wish to mainly explore the north.

You can still get to Monteverde and Arenal from here, of course, considering the central region of Costa Rica is compact and road-travel here relatively easy. Moreover, there is a lot less traffic congestion out of Liberia so although distances are about equal, it usually takes less time to reach these famous hubs from Liberia. The main downside is that domestic flights originating from here are limited so if you want to travel far and wide, you will have to head to San Jose.

Where: The town of Liberia is much smaller than San Jose so your accommodation options in town aren’t nearly as extensive. Whilst you’d find plenty to see and do on a 2-day layover of San Jose, Liberia isn’t a town you’ll want to spend too much time exploring. The airport’s proximity to the coast, however, means you can reach your chosen Guanacaste destination in no time at all.

Best for: The north-western coast of Guanacaste is resplendent and much less visited and, to discover this phenomenal stretch of coast, the Liberia Airport is ideal. This is also true if you wish to explore the western highlights of the Nicoya Peninsula, namely the beaches around Flamingo, Tamarindo and Nosara.

What: Liberia is a much smaller airport than San Jose and although its recent upgrade did include a fair amount of shopping and dining options, it still doesn’t offer as much as the capital’s main hub. And that’s ok: most people simply wish to check in and out of the country with minimal fuss and, in this case, the Liberia Airport is even more convenient. 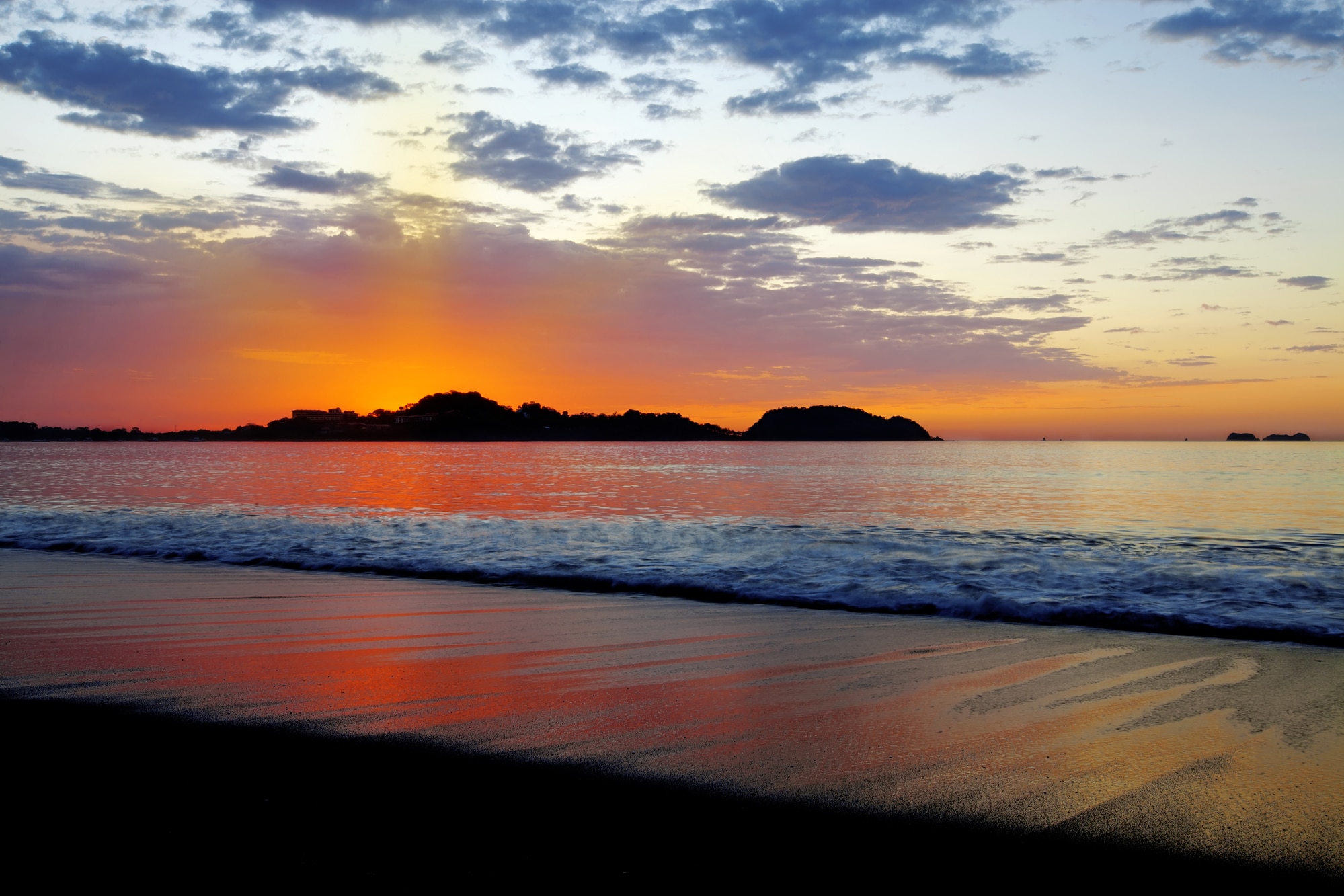 Flying to Costa Rica From Nicaragua or Panama?

If you’re planning a multi-country jaunt through Central America and flying to Costa Rica from Nicaragua or Panama, you may fly into San Jose’s Tobías Bolaños International Airport (code SYQ), which is nearby its main international airport. It mostly services only domestic flights but does offer connections to Panama and Nicaragua, so don’t be alarmed if you’re booking flights and notice an airport name you don’t recognize. It’s likely to be this one.

Which Airport is Cheaper?

Traditionally, it was always more expensive to fly into the Liberia airport – however, given the extensive upgrade in recent years and the rise in the airport’s standing, there are now some fantastic deals to be scored, due to sheer volume of passengers and flights. By and large, San Jose still offers the best-value flights into Costa Rica yet the disparity has now become so minimal that the choice really only comes down to convenience. San Jose is actually a lovely city that’s worth a look but many return visitors are happy to skip the big metropolis and head straight to the beach or, alternatively, squeeze every moment of ‘fun in the sun’ in Guanacaste at the end of their trip, and fly home from Liberia.

So, Does It Really Matter Where You Fly To?

Yes, it does: choose the wrong airport and you could easily waste an entire day of your vacation (if not two) and, if that time could be better spent sipping cocktails overlooking a dreamy beach, you’ll be kicking yourself. More importantly, it pays to plan the wisely, in a way that allows for no backtracking and the shortest transfer times of all on both arrival and departure day.

A few things to keep in mind:

Are There Any Non-Stop Flights to Costa Rica?

Yes, plenty – not only from the USA but also from Europe. Here’s a list of the most popular cities offering non-stop flights into Costa Rica:

NB: this list is far from exhaustive as airlines are continuously adding more non-stop flights to Costa Rica due to increasing demand. Moreover, do note that the number of direct flights (with a short stop along the way) connect the country with at least 50 destinations, worldwide.

What About Domestic Flights in Costa Rica?

Travel to Costa Rica to visit the Osa Peninsula during the wet season and the only way you’ll reach it is via a short domestic flight. Domestic flights in Costa Rica are a godsend if you want to travel far in a short period of time or if you’re travelling outside the dry season and face some road travel disruptions. The most popular domestic connections, therefore, are those that will get you to the remotest hubs which would likely take you an entire day to reach by road from San Jose.

Tortuguero Airport – The easiest way to reach the remote turtle haven of Tortuguero, on the north-eastern Caribbean coast, is to fly there directly

Puerto Jimenez – The springboard for trips to Corcovado National Park, in the Osa Peninsula, Puerto Jimenez sits on the border of the Golfo Dulce Nature Reserve

Liberia – Unsurprisingly, the most popular domestic flights in the country are between the capital and the Liberia Airport

Insider Tip: domestic flights in Costa Rica restrict the amount of luggage you can take so you must have all your flights organised before you leave home, to ensure you don’t pack more than you can take on board. This is especially crucial if you’re planning a one-way itinerary between San Jose and Liberia and must take all your luggage along on any side-trip. 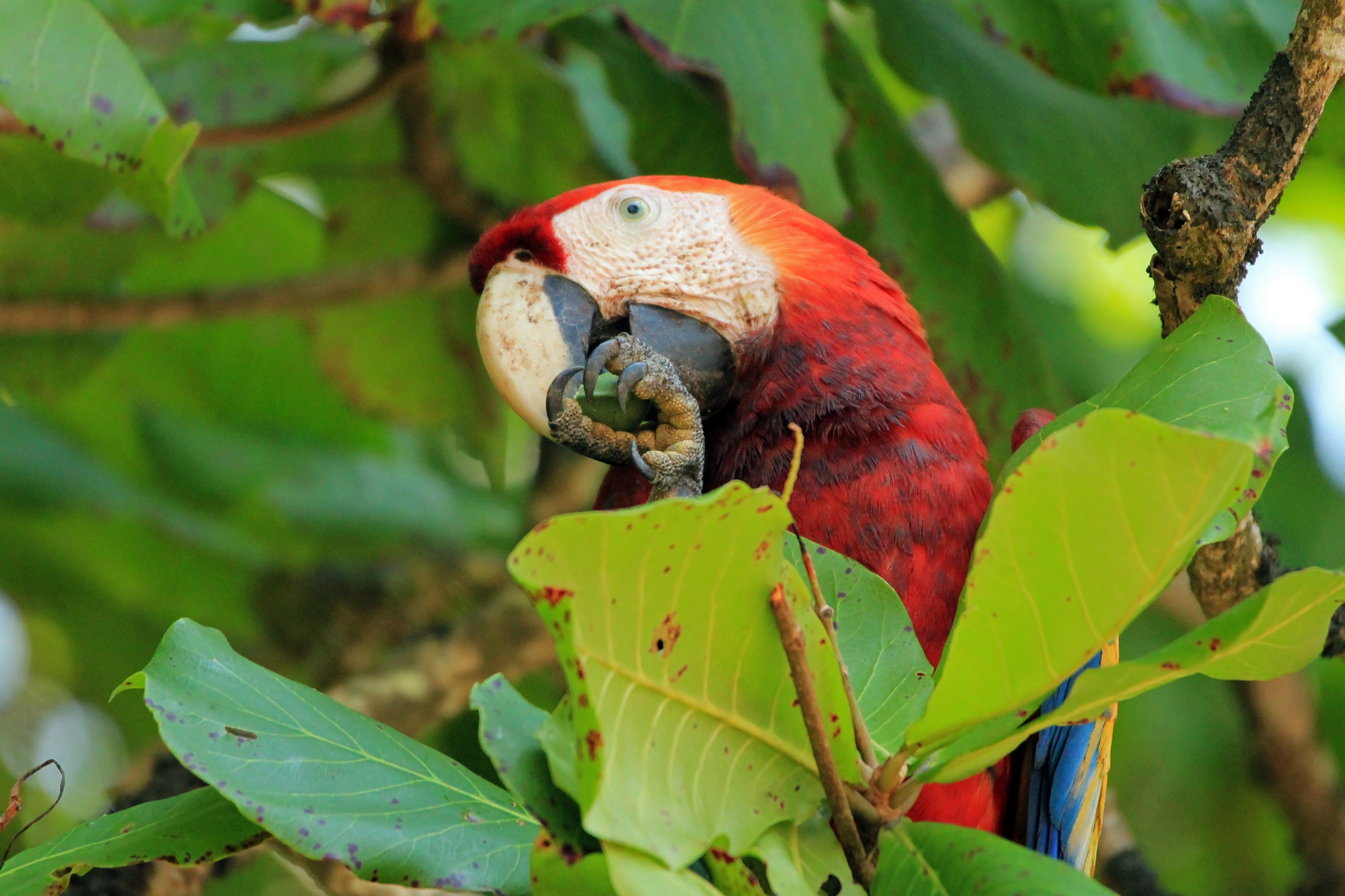 When is The Cheapest Time to Fly to Costa Rica?

Travelling outside of the high tourist season (June to August and December to March) has many benefits, cheaper flights among the most coveted. Visiting Costa Rica during the Green Season, as it’s known in these parts, offers some of the best value-for-money experiences around: not only will you save on flights but also accommodation, activities and organised tours. You’ll also enjoy the most famous highlights with fewer tourists for company and, even though it is true that some activities/roads/hiking routes will not be accessible due to flooding, there will still be SO much you can see and do. 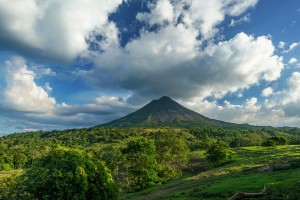 Traditionally, the cheapest month to fly to Costa Rica is September.

That’s why we’re here! At Costa Rica Rios, we’ll help you plan the Adventure Vacation of a lifetime, from beginning to end. That’s why National Geographic Adventure named us one of the World’s Best Travel Adventure Companies on Earth. Contact us, at any time, to start planning your trip.